Turn of the Century

1898 is acknowledged as the first automobile road map.

Road maps from the U.S. and the U.K. focus on the cyclist. Associations for motorists’ support begin. Street and road names are localized, without much concern for order except in large cities. 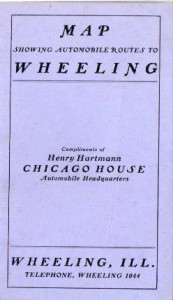 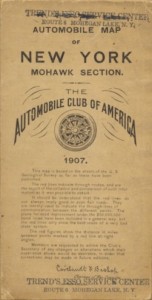 Instead of folding road maps, many tourists used cumbersome guidebooks, a latter example seen below.

The AASHO/ Federal system is founded on the Wisconsin model, but doesn’t reach fruition until 1926.
Between these years, in 1923 the Association of State Highway Departments took on the chore of standardizing the road sign. 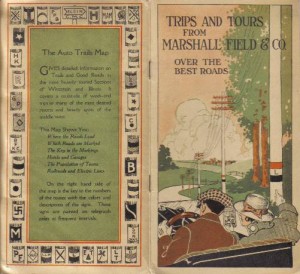 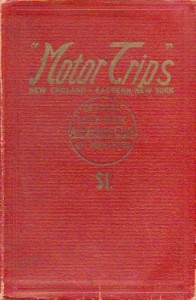 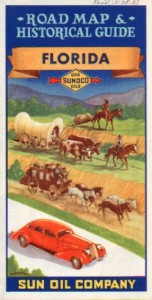 In 1947, Texaco reminded customers that «Paper is Precious!» by combining several states onto one sheet.

In contrast, Standard Oil Co of Nebraska continued to offer a map of just its home state. 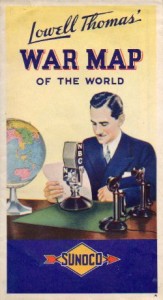 Frequent map editions became essential with the building of the Interstate highway system.

1960s – when road trip took on its second meaning

Small gas station chains issue maps: after all, it’s expected of them. (As were trading stamps)